After 6500km from Kazakhstan, we’ve arrived at the Mongolian capital city of Ulaanbaatar – but what a mission the last few days have been! Aside from drowning M1, we’ve been lucky to have no mechanical dramas, but all that changed when Scott kicked off our first flat tyre after nearly 5000km. Given our Mitas tyres have happily taken such a beating, I made the decision to offload two of our spare tubes in Russia to help keep the luggage weight down. That left us with one spare rear tube and two spare fronts. 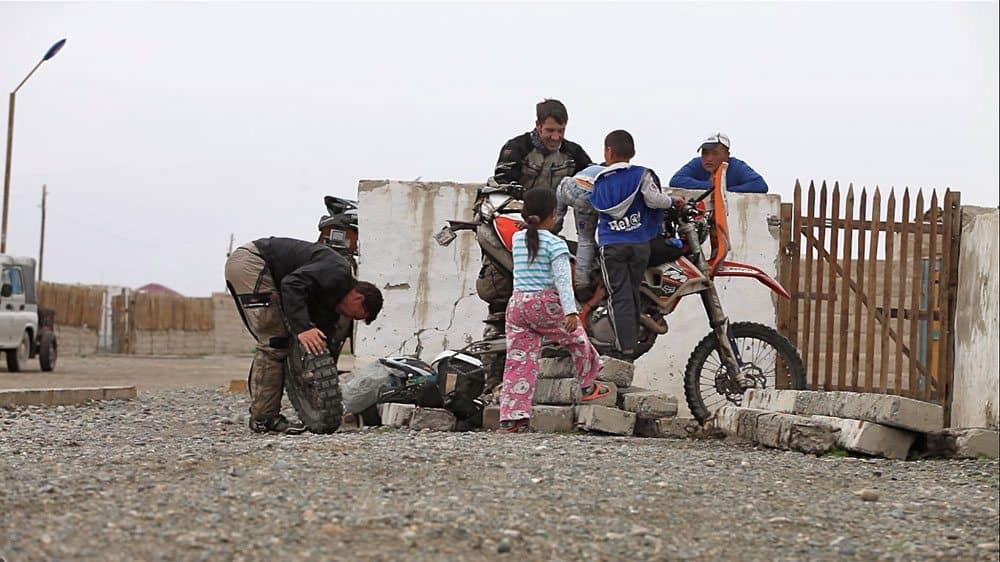 With the spare rear used in Scott’s wheel, we now only had front tubes to cater for both wheels should we get any more flats. And yes, you can fudge a 21″ front tube into an 18″ rear wheel, but it’s dodgy and unreliable. That pretty much summed up the succession of flat tyres I endured over the next few days … 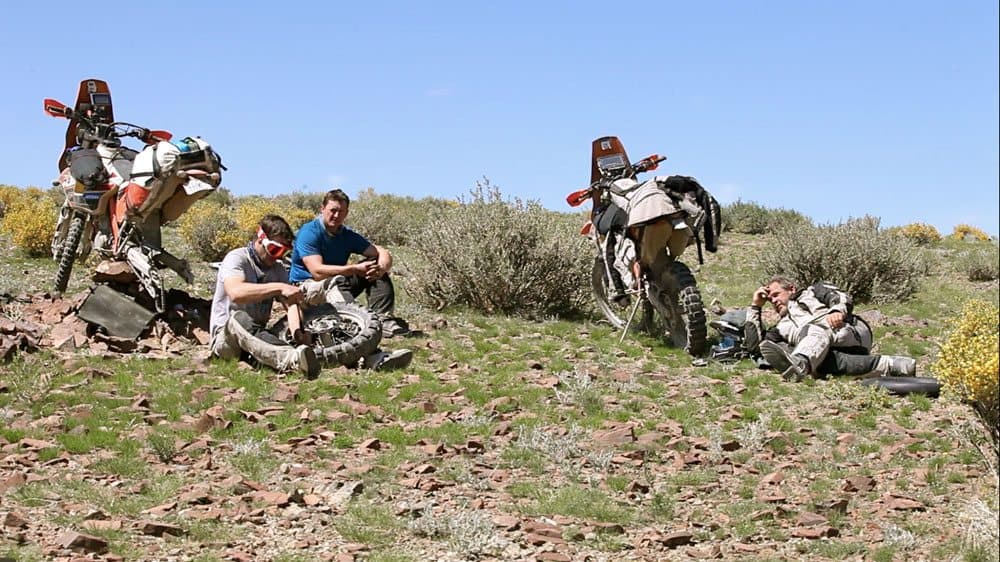 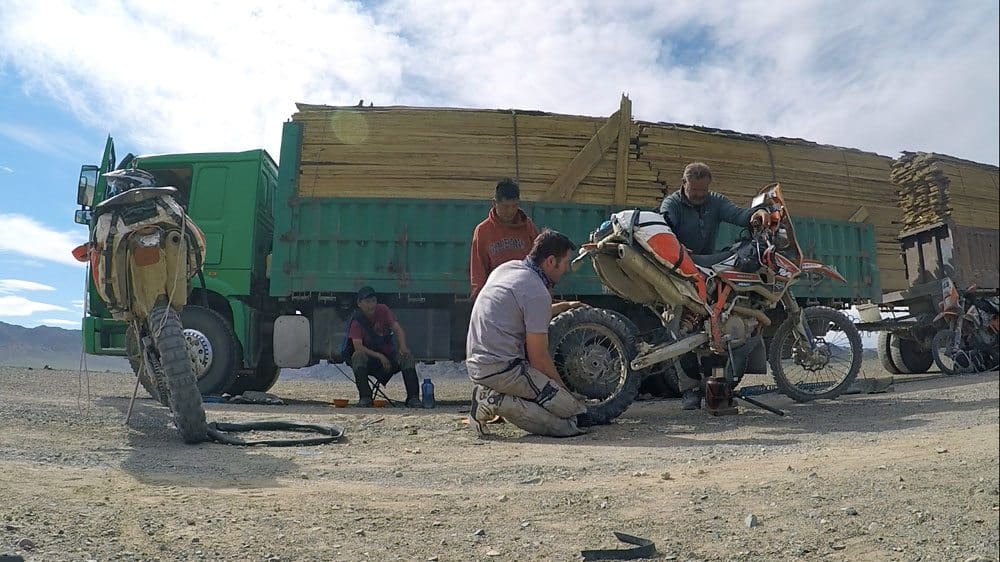 Rocks and heat make tyres very vulnerable, so I wasn’t surprised to get a flat rear tyre in the harsh terrain we’d been charging through. However, the front tube I repaired it with lasted about 130km in my rear wheel until I picked up a nail through one of the small villages we passed through. The second and final spare front tube lasted another 240km and finally expired from friction inside the 18” wheel. We were still over 180km from any village at that point, so I made the decision to push on with the flat tyre for the next 120km and sit on a steady 100kph. Surprisingly, the Mitas rear tyre held together and stayed on the rim. The loose gravelly surface worked in my favour, but as it turned hardpack and rocky I had to stop in fear of completely destroying the tyre. A tyre which still had to get me over 1000km to Ulaanbaatar. 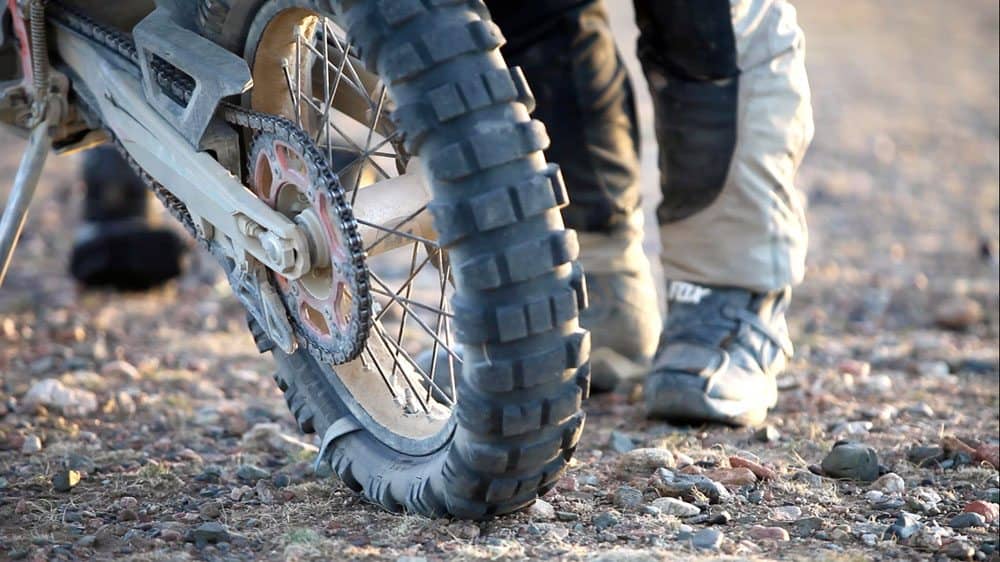 At that point we made the decision to offload all our spare fuel into M2 and send Scott ahead to source an 18″ rear tube in one of the villages some 80km ahead. A successful run, he returned with a couple of dubious looking 18″ Russian tubes and we were back in business! 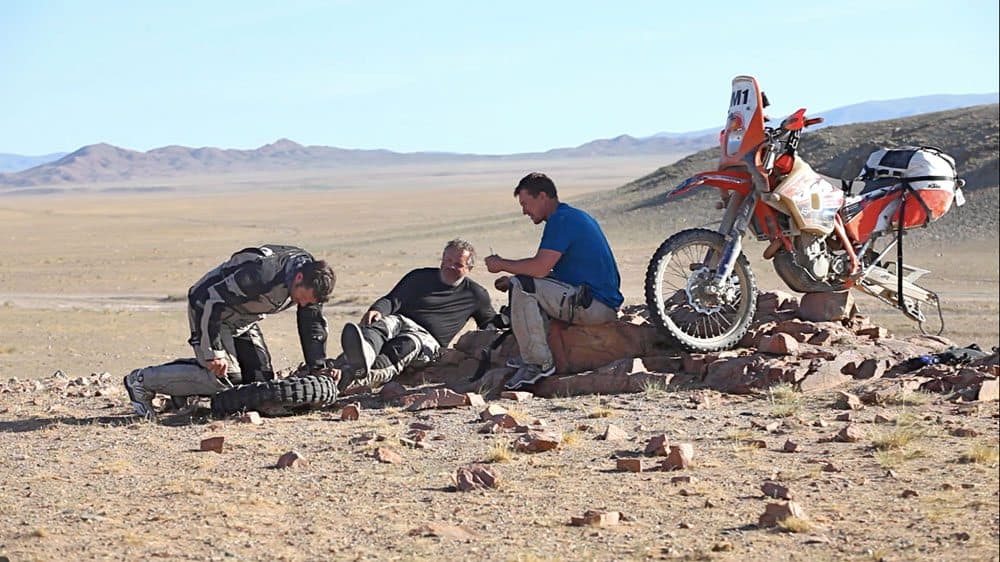 Having now touched down in Ulaanbaatar, we’ve got the chance to give the KTM’s a good service, checkover, replace our tyres and prepare for our biggest mission of the trip … the Gobi Desert!

I’ll keep you posted when I can! 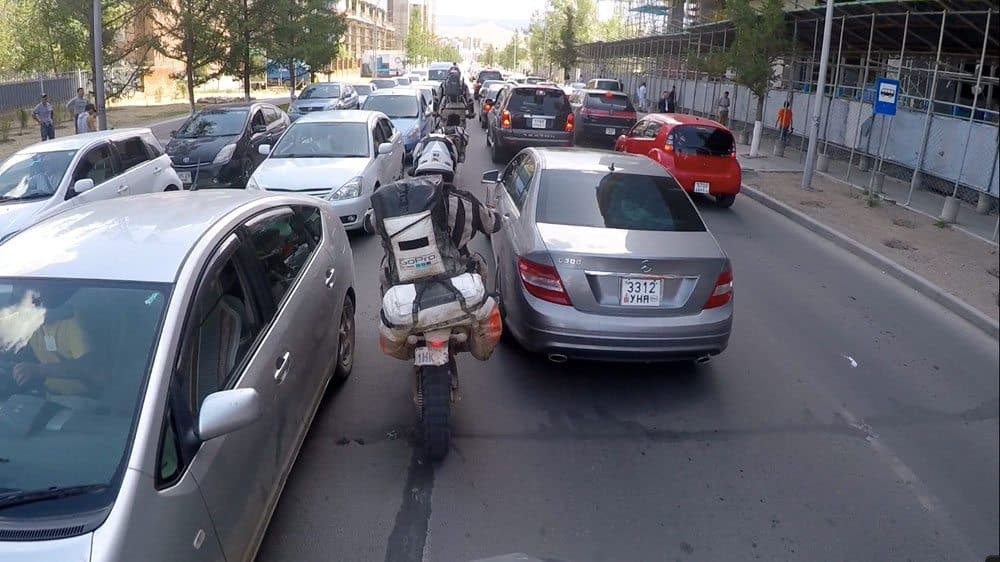 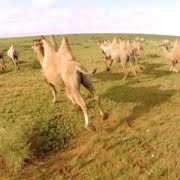 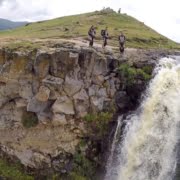 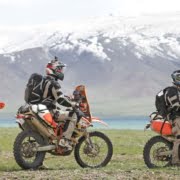 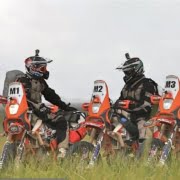 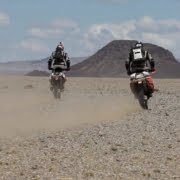 Motonomad II – Into the back gate of Mongolia