Well, we’re finally on a plane out of Australia to get Motonomad II underway… holy shit!

And while this is another unsupported ride – independent of any back-up or film crew – I’d really like to acknowledge my sponsors who are helping make this dream a reality.

KTM Australia have been a long time supporter of myself and Motology Films, but it’s a relationship built around trust, opposed to a simple transaction of bikes, race results or media exposure. They know I believe in their products, which I feel is the main reason they’ve supplied me with three competition Enduro bikes ( 2015 KTM 500EXC’s ) to take on a journey that goes well beyond what the machines are actually designed for. It’s kinda like taking the winning horse of the Melbourne cup, fattening it up a bit, throwing a packsaddle on its back then riding it across Australia. Most people would think the idea is absolutely ridiculous and the horse wouldn’t handle the distance – that it would simply perish after a few thousand kilometres.

Whatever, I’m willing to bet the rider would have complete faith in the horse… that together, at the right pace, they could do it. 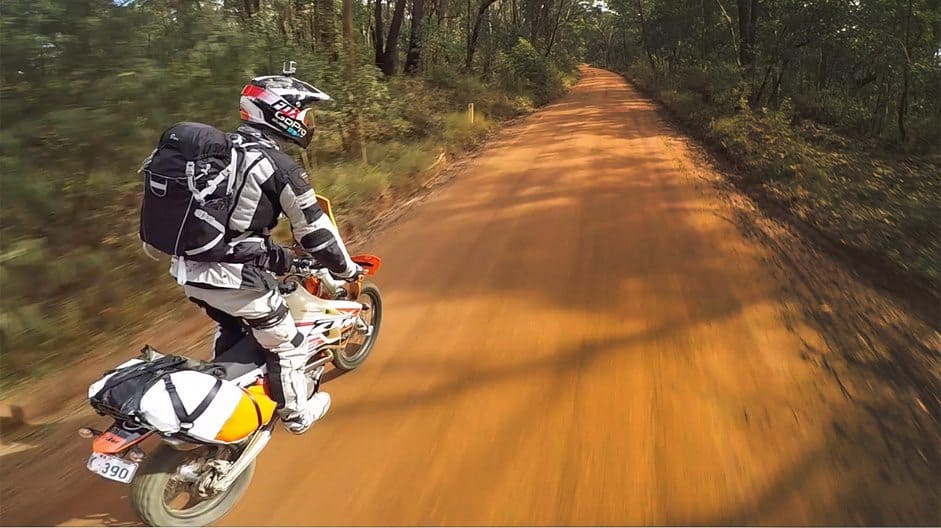 Riemann believes all the preparation and custom work on the Motonamad fleet will allow the film production to reach a new level.

I’ve already ridden a 500cc Racehorse 7000km from Austria to Egypt, so I have no apprehensions toward attempting 12’000km across Central Asia on the same model machines – albeit with an additional custom rally screen and soft pannier system. And with the help of RST Adventure apparel, Fox Instinct boots, gloves and goggles, LS2 Adventure Helmets, Mitas Rally tyres and Repsol Oil, I firmly believe I have the best gear available to get our bikes and bodies through 8-weeks of extreme terrain. As for my team, I couldn’t be happier with our dynamic, which is built on experience and trust. No doubt you’re wondering who’s been enlisted to pilot M2 and M3, and, do they have the nuts to live off a dirt bike for 12’000km of nomadic adventure? I believe they do, but I’ll introduce you to them in my next blog.

Right now we’re getting closer to kicking this off, but I won’t be content until we’re reunited with our bikes and riding off into the big bad world. Stay tuned.

The shakedown ride earlier this month, testing tyres and equipment in the Blue Mountains prior to air freighting the bikes to Asia.

If you’ve just stumbled onto this blog, here’s an insight into our first Motonomad Adventure from Austria to Egypt in 2013.