We’ve made it through to the remote Western end of Mongolia to literally come through the back gate of this epic country. The ground is both rich and baron with water flowing sporadically from the mountains in raging torrents, which cross our path every 20-30km. Being the lead rider means I ‘m also the one who has to test the water. Having successfully crossed a few dozen torrents, it was inevitable one would drag me and M1 over 40m down river … It took all of my strength to hang onto M1 in the current and slowly wade it into the river bank. I’ll admit it was a little freaky, but with the situation under control, the real concern is that we were over 100km from any town or village … to source fresh engine oil. 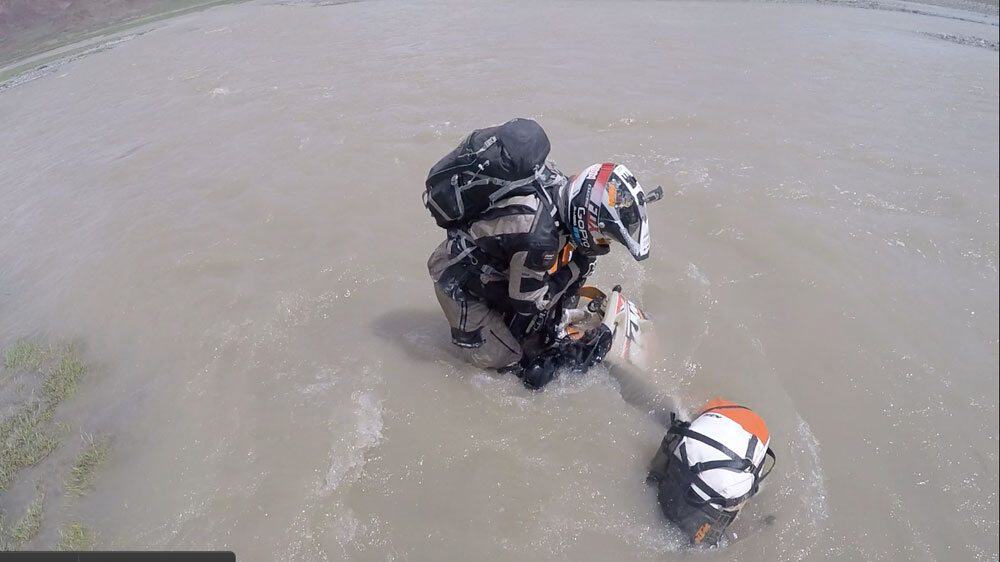 The powerful current swept M1 off it’s wheels and completely submerged it. Riemann managed to salvage the bike, laptop and hard drives after a solid struggle. 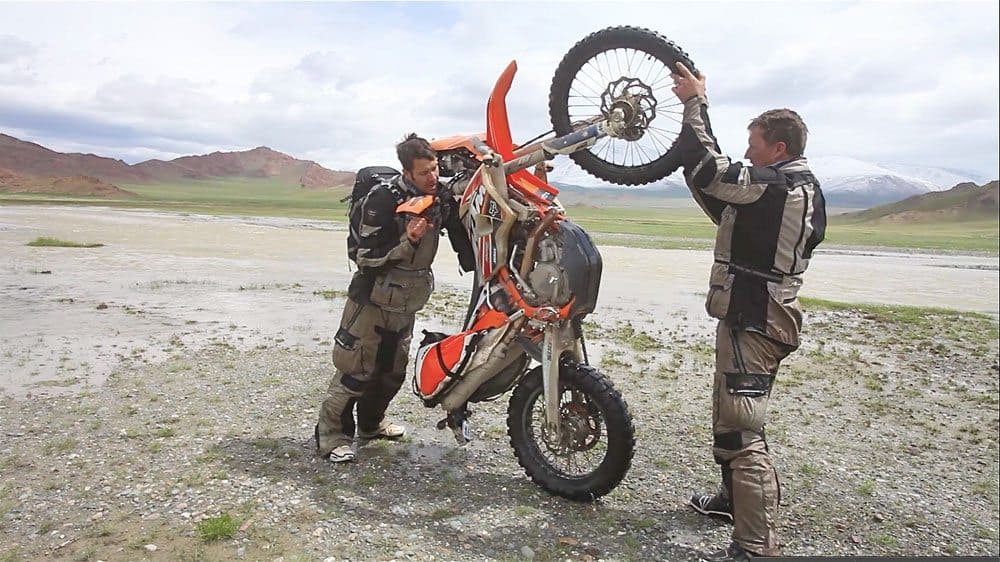 M1 was completely drowned and the motor suffered “hydraulic lock” from taking in so much water. I’ve been in this situation many times so it wasn’t really a big deal to resuscitate her and get the engine firing again. M1’s engine oil now resembled an olive milkshake though, so I basically nursed her at 80-90kph for the next 100km to find a small village, which luckily had some motor oil. It’s hardly the quality Repsol oil that’s kept our engines singing to this point, but it’ll have to do until we get to our next Repsol drop in the Mongolian capital of Ulaanbataar. All good. 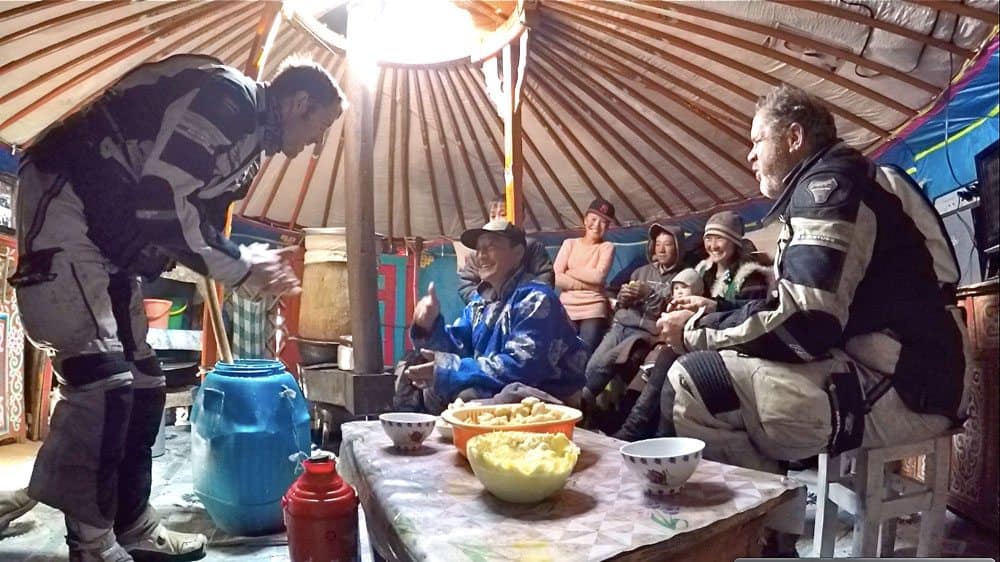 The people roaming the Steppes of Mongolia are real life Nomads, living purely off the land in portable Gers. They move with their animals to find rich pasture and fresh water. They have little, yet offer everything with a smile and an open heart. We met “the boss” a herdsman in a high altitude Yak camp. He took us into his family Ger and fed us every possible dairy product you can extract from a Yak. I gave him my Fox flat brim hat as gesture of our appreciation. He shaped it to his liking, wore it with pride and sang us a song … From the Russian border, we’ll have traversed another 3000km of the Mongolian Steppe before we reach the capital. Every day is a big day on the bikes as the sun rises at 4:30 am and sets at 10pm. We’re averaging between 4-600km everyday across battered dirt roads, animal trails or pure cross-country. I knew Mongolia would be epic, but being here has really opened my eyes to a truly mysterious and beautiful part of the planet.

I’ll check in when we reach the capital.