It’s a very satisfying feeling when your ideas materialise into a beast bigger than you first imagined. My film Motonomad is one such beast, and preparations to create the next chapter are consuming most of my waking hours right now. The original concept where Mark Portbury and I rode from Austria to Egypt in 2013, is something I know can never be repeated, nor am I intent on trying to outshine the sheer audacity that made Motonomad so unique, so special, and, so dangerously extreme.

I’m now three weeks out from starting production on the next chapter, Motonomad II – a 12’000km journey across Central Asia. In terms of time and money, I’ve already invested triple that of the original film, for the simple fact I intend to seek a more creative story, traverse the most remote terrain, capture truly epic scenes, and, better represent the spirit of Motonomad. I have a new team behind me, we are a team of three – independent and unassisted – but I’ll introduce you to them a bit later.

For now, meet M1 – the 2015 KTM 500EXC Motonomad II Edition. I believe M1 is the first step towards fulfilling the next chapter, as it will allow me to travel further, faster and with less fatigue. It’s perhaps the most luxurious 500EXC on the planet, and it needs to be if I am to achieve what I feel will be an even bigger adventure than the first Motonomad. I won’t go into any more detail for now, but along with it’s sisters M2 and M3, I believe Motonomad II is shaping up to be one monumental adventure! 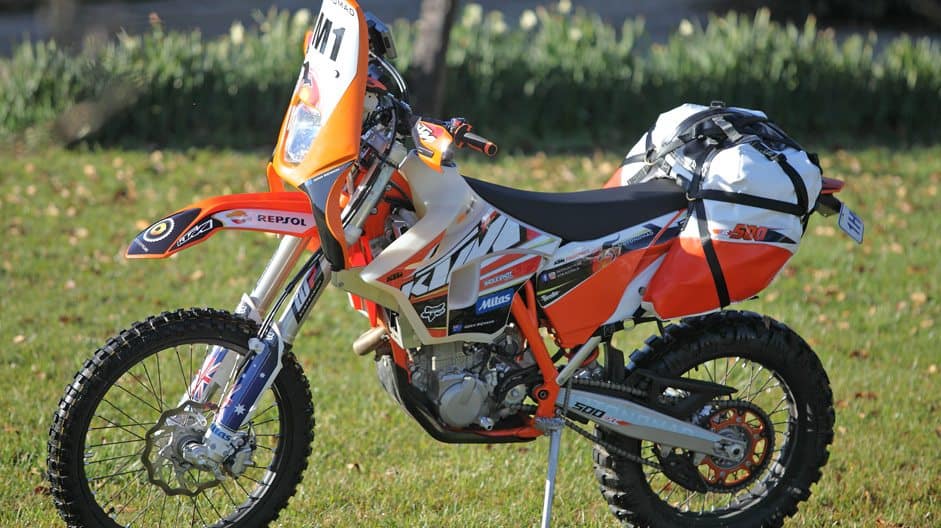