I’ve always thought of age as ‘just a number’ but there must be a scientific reason as to why turning 40 means your life has reached its climax. They say it’s all down hill from here, which for some, speaking metaphorically suggests there’s a financially-stable sled waiting at the top of their hill – one that will comfortably carry them all the way to the end of their chosen path. Regardless, turning 40 simply means your body’s performance capabilities have expired. You’re going to lose brain sensitivity, muscle mass and vitality, so therefore it’s recommended you stop climbing and take the conventional path downhill. It’s easier, it’s what you’re supposed to do. 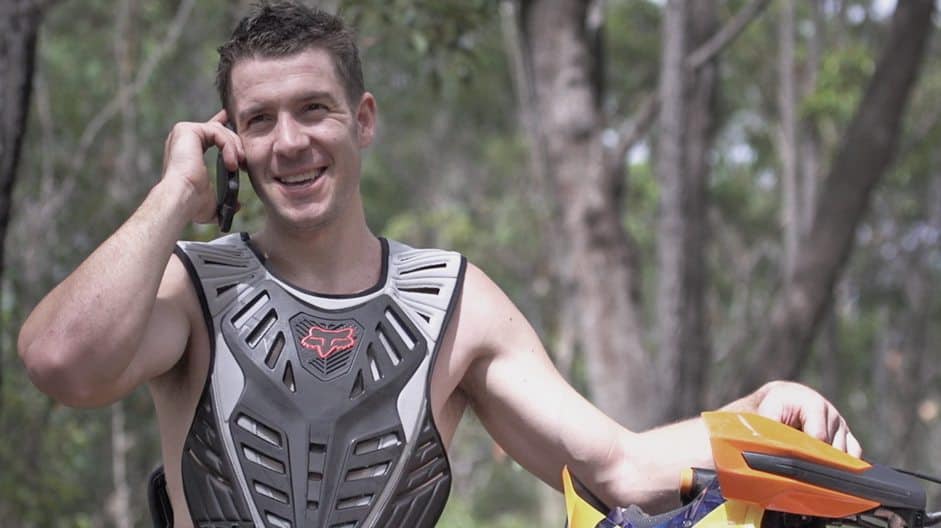 Well, my sled won’t slide too far if I turn down now, so I’ll keep climbing – and by that I mean keep doing what I do – irrespective of judgement or opinion. I’m not married, I’m yet to have children and I don’t even own a house. I’m a conventional failure and I’m pretty happy about it. Happy I still have a child-like awe of the world, eager to start each day and follow my nose toward fulfilling another crazy idea. The only difference now is I have the experience, resources and amazing people around me to help make those crazy ideas materialise. 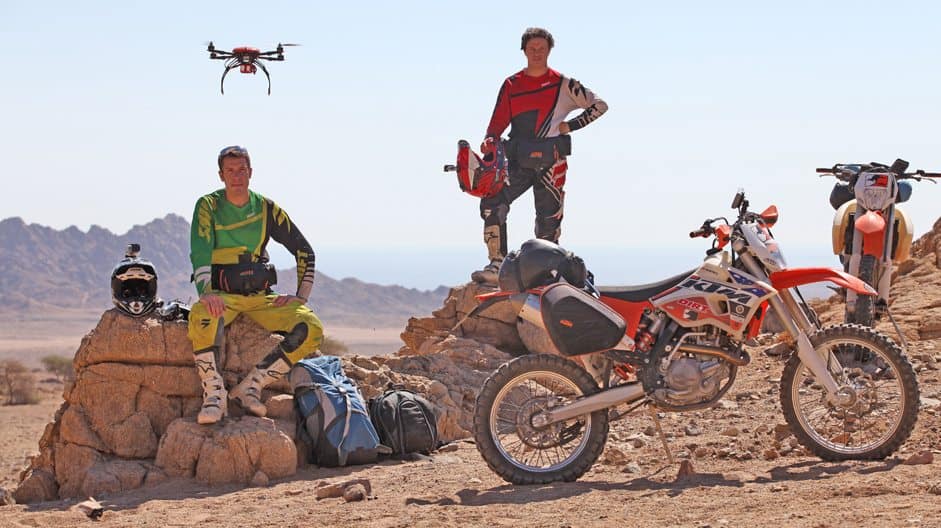 Riemann made Motonomad with a bag of camera gear, two dirt bikes, a drone and a good friend, Mark Portbury.

Riding a dirt bike from Austria to Egypt for the making of Motonomad in 2013 was a crazy idea, but it was as if everything I’d ever achieved in my life had lead me to do so. Twenty-years of racing dirt bikes in National and International competition is a pretty solid foundation when considering a motorcycle adventure. Fifteen-years of photography and motorcycle journalism has equipped me with the skill to visually capture and document the experience. And, five-years of fumbling my way into video editing has enabled me to render the entire ‘crazy idea’ into a 90-min documentary. In a sense, Motonomad is my life’s work and culminates a string of achievements made by simply following my nose. It’s the biggest project I’ve ever conceived, executed then fulfilled by sharing it with the world. Regardless of whether or not I sold one copy, the experience alone was priceless.

Motonomad is selling and the fact it’s appreciated by people all over the world is a triumph that goes well beyond putting money in the bank. To me, it’s justification, endorsement and pure incentive to keep dragging the sled uphill and finding a way to bring crazy ideas to life. Yes I’m old, hangovers need twice as much recovery time – as do injuries – but my beat up chassis can still cart my brain to the ends of the earth and capture a unique story along the way. After four decades, I think I’m starting to get the hang of living. And just as well, because apparently life begins at 40. 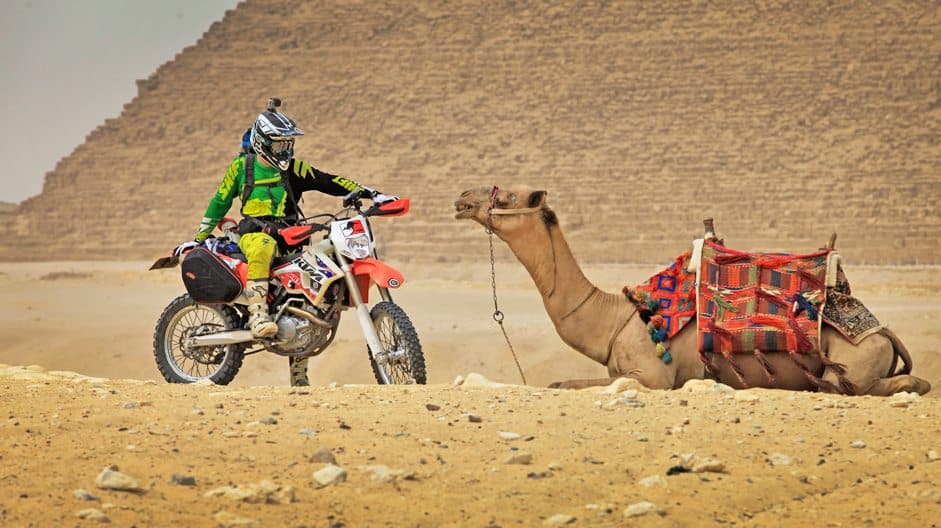 In this life, Adam Riemann’s camel runs on petrol.

ON THE PIPE
Scroll to top