I’m really not sure why I’m writing this, but I figure there are thousands of people experiencing the same welling of emotions and utter despair associated with Cancer. Two-years ago my Dad was diagnosed with Mesothelioma – an aggressive terminal Cancer caused by Asbestos.  Dormant for some 40-years post exposure, it’s likely his Asbestos Cancer was triggered while we were riding through the Himalayas, where we both succumbed heavily to the debilitating effects of high altitude. Not 6-months after returning from India, one of Dad’s lungs was overcome by fluid and the doctors confirmed Mesothelioma had kicked in. The doctor then proceeded to tell him he had 18-months to live … it was as cold and clinical as that.

I think Dad was more offended by what the doctor said, than anything else…  ” Who does he think he is – no doctor is going to sit there and tell me I’ve got 18-months to live ”  Those were Dad’s exact words when I first spoke to him on the phone after his diagnosis. I felt as hopeful and as sure as he was that this incurable disease was not going to take him down. I felt the same power and certainty in his voice as I had on many confrontations – both alongside him and against him. I believed it myself because I am just as stubborn as he is.

Adam’s Dad Bernie – a motorcycling novice – enduring the onset of altitude sickness at 5500m during their 4500km Himalayan adventure.

It’s now been over two-years since Dad’s diagnosis… and he’s still here. He’s survived two bouts of Pneumonia on top of the Cancer and is fighting this bloody thing tooth and nail. He will not lay down or be beaten on any terms but his own. He is defying statistical belief and getting on with the life he has left. As a family, it’s brought us together, pulled us apart and brought us back together again. But for every sign of hope there is an opposing blow of clinical results. Another futile dose of chemotherapy. 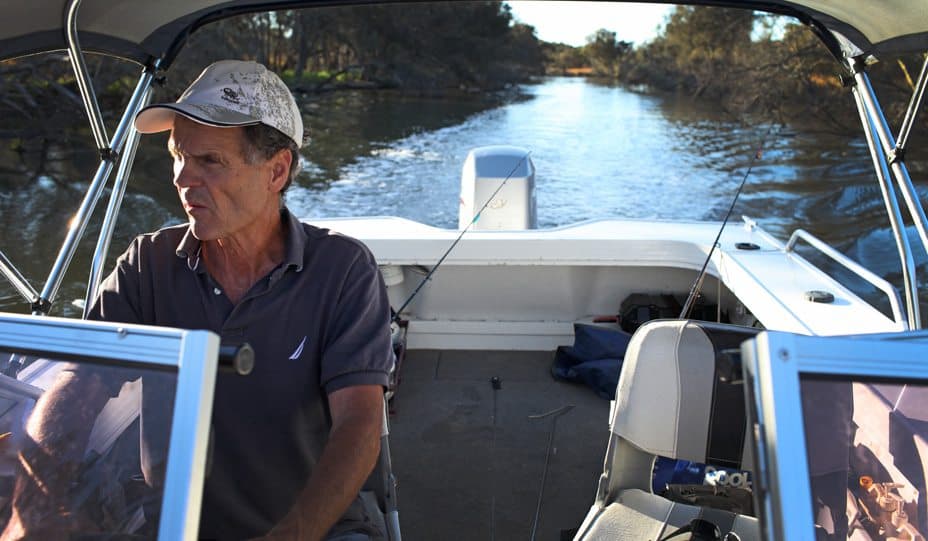 Dad phoned today to tell me the results of his latest visit to the hospital.  The doctors have basically told him to go home and accept the inevitable … ” there is nothing more we can do ”  They are also dumbfounded by the fact he is functioning as well as he is for the amount of Cancer in his body, which has now spread to his stomach and groin. I know Dad’s fire is not out – he sounds the same on the phone as he always has – but the reality of the situation is pressing down hard. What do you say to someone at a time like this … more to the point, what do you say to your Father?  I told him I’d jump on a plane to Perth – for the simple fact I’m leaving for Asia in exactly 10-days from now to start the production of Motonomad II.

“No Adam, stay focused on what’s ahead and don’t give this situation another thought – I’ll be here til at least October ”

Everything about Cancer is fucked, there’s no other way to describe something that has prompted such a confronting, confusing, unfair and unbelievable conversation with my Dad. Is solace appropriate right now, or is it an admission of defeat. I really don’t know how to act or what to say …  I guess I’ll just jump on the next plane out of Sydney.