I’ve lost count of how many, but if I look back at all the different bikes I’ve ridden and raced around the world, nearly all of them have been under 500cc. And, most of those rides have been pretty adventurous in one way or another. So, I guess you could say I’ve been an “Adventure Rider” for most of my riding days. But truth be told, it’s only in the last few years that I lifted my head out of the Enduro racing pool long enough to notice that all these really big, twin-cylinder, 100+ horsepower, monster-trail-bikes were getting around … and much to my surprise, they are deemed “Adventure bikes”. Really?

I guess when actor Ewen McGregor and his mate put these big bikes on TV and made a show called ‘The long way round’ the perception of serious off-road riding changed forever – and it didn’t help that their bikes were as wide as cars given they had huge metal suitcases strapped to each side. I guess that’s why these wide-load behemoth motorcycles started showing up everywhere and a new breed of off-road rider was born … the “ADV Rider”

To be honest, I didn’t get it and it didn’t interest me whatsoever, but during my time working as a moto-journalist for all the Aussie dirt bike mags, it was inevitable I’d have to embrace these big Adventure rigs. And so it began, over the last 10-years, I’ve ridden, tested, evaluated, crashed, cruised and adventured everything from BMW’s R1200 GSA to KTM’s 1290 Super Adventure R. And, at one point, I even had metal suitcases on both sides during a ride from Sydney to Alice Springs. Ok, so I’ve never actually owned one, but I am that guy now … a through-and-through “ADV Rider” with a flip down clear viser on my helmet. And I’m stoked about it. So much so, that from here on my shed will never be complete unless there is a twin-cylinder 100+ horsepower adventure beast parked next to my two-stroke. And after my latest worldly adventure, I’m pretty sure that bike is going to be the new KTM 1090 Adventure R …

I hope you enjoy my new film. 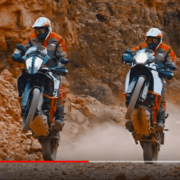 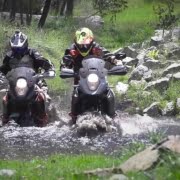 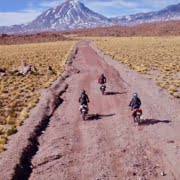 ON THE PIPE III – The Protege
Scroll to top