Devote all your time, effort and thoughts into a project and eventually there’ll be a tipping point where you’re drawn into your own idea like a passenger on a crazy ride. Visions begin to materialise around you, scenes play out as if they were rehearsed and the world opens it’s doors like it were waiting for you to arrive. I don’t believe in fairytales and luck, I simply believe that nothing happens unless you make it happen.

I also know there’s no guarantee you’ll achieve a desired outcome despite devoting your entire existence to something. Here lies the doubt, anxiety and fear of chasing a dream. I’ve never had the confidence that “everything will work out fine” and am constantly fighting back thoughts of negative possibilities in every situation. I’d like to think it’s simply the curse of a creative mind, but whatever the case, I don’t let fear stop me from bringing positive thoughts to the surface and acting on them.

I suspect the many people involved in the creation of Motonomad III know what I’m talking about, if only for the fact they’ve fielded a battering of my emails, calls and texts of incessant requests to organise, deliver or confirm every detail or product necessary to pull off this monumental adventure. You all know who you are and I hope to thank you with the creation of what I feel will be the best Motology Films production yet.

With that, I’d like to outline the three major elements that have made the physical journey of Motonomad III a success …

I’m grateful my time in this world has aligned with the lives of Mark Portbury and Chris Hollis. Here are two guys who seek to make the most out of every opportunity and have a great time doing so. It’s a rare thing to find travel companions who can remain companions throughout ongoing situations of struggle and hardship. Trust me, riding across Bolivia and camping at 4500m in minus 15˚ temperatures is testament to that. We are always three, we get each other and can read each others feelings without words. Their skill on a bike goes without saying but their enthusiasm to make our journey into what has been a trip of a lifetime is something I’ll always cherish. 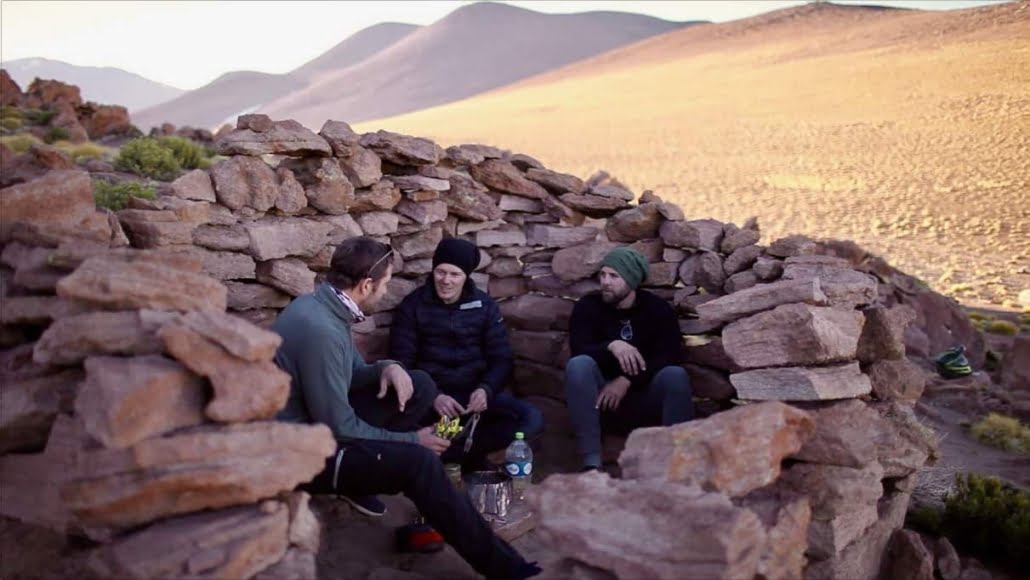 You’d be forgiven for thinking I’m sponsored by KTM, but I’m not. They simply supply the 500EXCs to Motology Films for the purpose of marketing. It sounds very business like because it is, and, in a lot of ways, it’s risky business. Risky for KTM in the sense they are putting a lot of faith in their product, which we’re basically using beyond the intended design parameters – given we’re riding such big distances on what are actually purpose-built enduro bikes for competition.

However, it’s even riskier for me given my livelihood depends on the successful execution of a month-long film project. It would be nice to have the unlimited support of KTM on hand should anything go terminally wrong with one of the bikes. But we don’t. If an engine shits itself in the middle of the desert, the whole film production collapses and I’m in trouble – both literally and financially. That said, I need 100% confidence in the bike I choose for Motonomad. I know the 500EXC really well, this model has carried my film productions 7000km from Austria to Egypt, 9000km from Kazakhstan to Mongolia and now 7000km through Chile, Bolivia and Argentina. Job done. 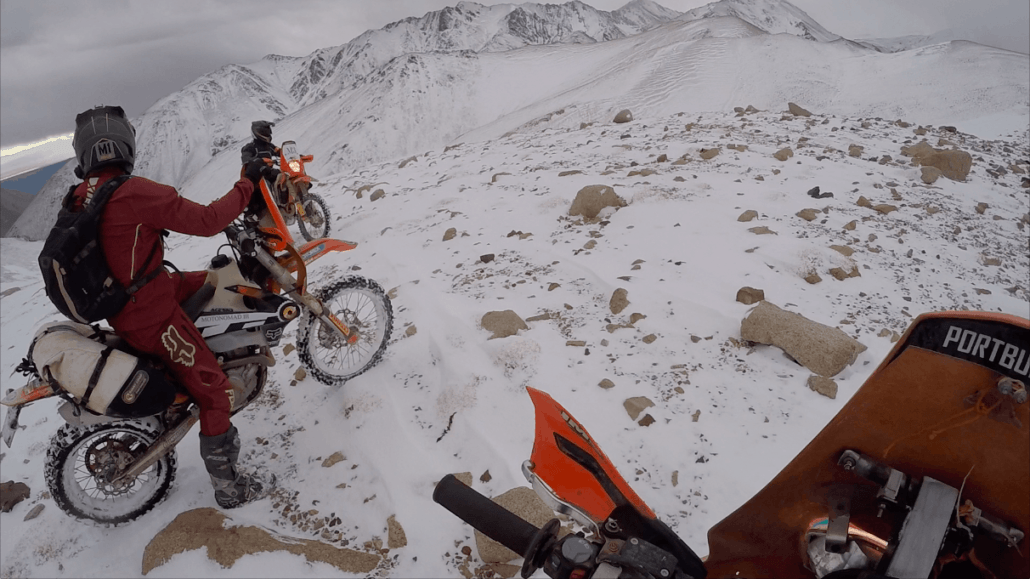 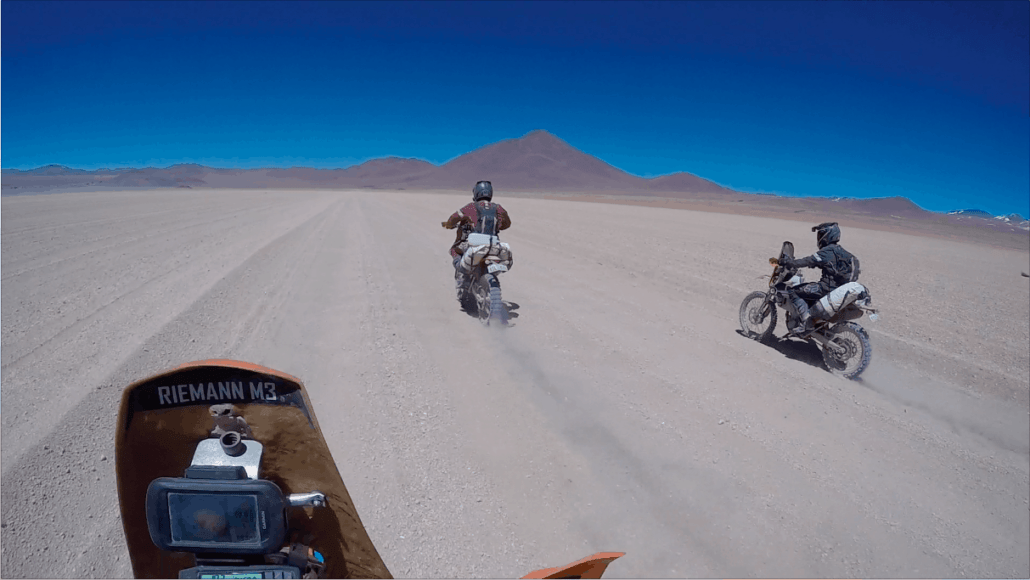 Creating a motorcycle adventure through foreign countries is very challenging, but to hinge the whole adventure around a film production schedule is something that borderlines the impossible. In short, Motonomad III has been made possible by one man, Miguel Jauregui – our legend on the ground in Santiago, Chile. Miguel is basically a guy who is winning at life. He’s a family man of three beautiful daughters and an amazing wife – all wrapped up in a grand estate home, filled with dirt bikes, nice cars and a wine cellar you’ll only find in the depths of your dreams.

From orchestrating all documents necessary to import and export our KTM’s, to translating a nightmare of logistics between customs officers and freight companies, Miguel has temporarily imported us into his South American world and provided the headquarters of this entire film production. The man is also a desert racing, waypoint chasing, Argentine bbq extraordinaire. 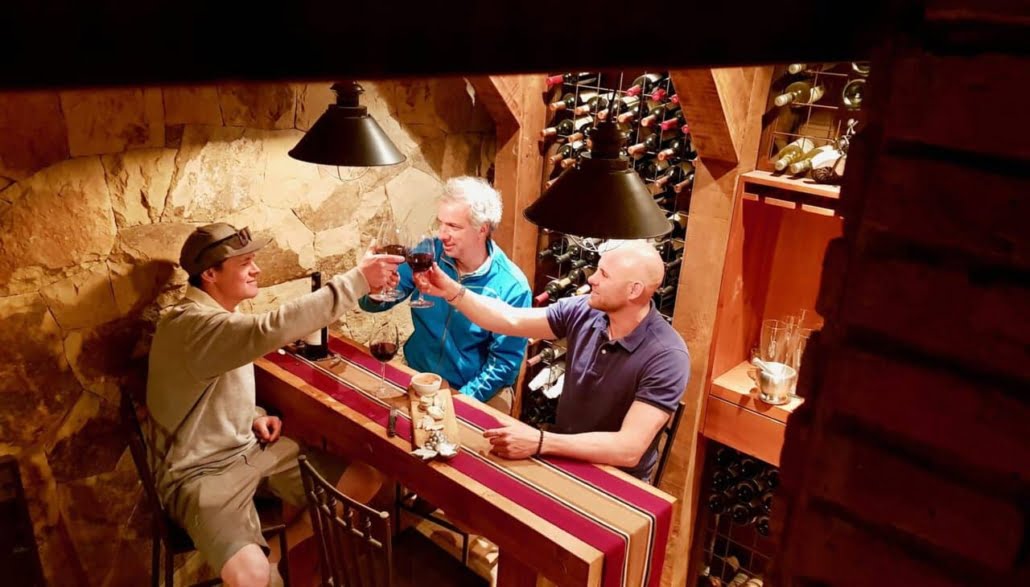 Today our final mission is to board a plane back to Australia. It’s a sad occasion, but also an exciting one. I always feel very enlightened after a trip like this, because there’s no better way to learn about life than to travel the world.

Motonomad III – Riders of the Andes
Scroll to top